Perfectly engineered, supremely functional, devastatingly and simplistically beautiful. This is the heady mix that causes designers everywhere to fall under the spell of Braun.
The 20th century is studded with iconic design moments, each one an explosion of concentrated brilliance giving the objects created the ability to stand strong and beautiful, years and even decades on. Think of Coca Cola’s revolutionary contour bottle, Jaguars e-type 1961 chassis, Mont Blanc’s “Meisterstuck 149” fountain pen. Braun has birthed many such iconic designs and is frequently cited as the inspiration for the rising design stars of today. We spoke to a few of them to ask how they fell in love with this design standard.

Stats: Benjamin Hubert is founder of London-based design and research studio Benjamin Hubert Ltd. Since graduating from Loughborough University in the 2000s, he has designed in fields as eclectic as telecoms, transport, beauty, grooming and packaging. Current clients include Nike, Samsung and BMW.
“The first shaver I ever bought was by Braun. Later on I learned about Braun’s legendary designer Dieter Rams. He is a designer I have the most respect for in terms of his disciplined approach, designing products that are quieter, more useful. That shaver kicked off an awareness of the history of Braun and it played an important role during my years at university studying industrial design and technology.”
Hubert has good reason to cite Rams as inspiration. An iconic figure, a one off, and a unique talent, his brilliance first emerged with the superbly clean and effective addition of a Perspex lid to the Braun SK Radiogram. But it was his ability to apply the designer’s eye across fields that marked his true genius. Alongside his leadership at Braun in the mid sixties, he straddled a variety of design worlds from interiors to furniture collaborations with architects favourite, Vitsoe. This freedom to create, also revealed a true commitment to the ideals of design from Braun themselves, who encouraged his exploration.
Now as a fully, fledged designer, Hubert’s admiration for the company runs even deeper.
“It’s about being the best in class. There’s a cliché that Braun design involves a certain rigour typical of northern Europe but Braun is a global company, with factories all over the world, and decisions coming from all over the world. The teams of engineers and designers talk to each other. The result is products that are extremely well engineered and the build quality is very high. It’s about smart and hard-working products. They lead the market in engineering and performance. That is who they are.”

Hubert’s Braun icon
“The Wand Stereo Anlage. It’s a huge eight-track tape recorder, with two speakers, and a big aluminium front. It’s beautiful. I’ve tried to find a second-hand one to buy.”
Hubert’s Daily Braun
“I have a Braun alarm clock. I never shave because I live in east London and that would be frowned upon.” 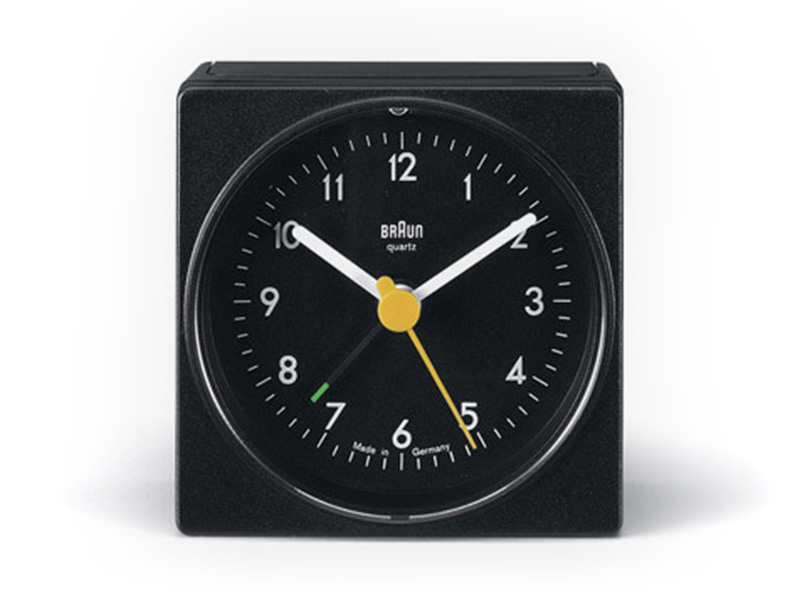 Stats: Heather Martin is vice-president of design at Smart Design, based in their London studio. In the past she worked at IDEO on Prada’s flagship store in New York City, and designed an in-flight entertainment system for a private-jet airline with Lufthansa Technik. She also founded the Copenhagen Institute of Interaction Design. Wallpaper magazine once cited her as one of the world’s 40 most influential designers under the age of 40. She now is the creative director on large-scale projects, creating new digital products and services for Fortune 100 clients all over the world.
“I’ve been a huge fan of Braun for years. When I started my career as a product designer 25 years ago, Braun and Apple were the Meccas of design. I think Apple and Braun are still closely linked, in fact I believe Apple display Braun products at the Apple headquarters. Sir Jonathan Ive, who heads up Apple design, was at my university. He was a genius even back then – just the simplicity of what he was doing. I was attracted to his aesthetic, his design and his way of thinking, in the same way as I was attracted to what Dieter Rams was doing. I find they’re actually quite similar in their philosophy and approach. “
Martin is just one of many to draw the comparisons between the aesthetics of the two. A connective design language seems to run from one icon to the other: The brilliantly simple curved edges on Braun T3 Pocket radio, a clear design benchmark channeled in the ipod’s iconic smoothed cornered outline. The sleek, ultra minimalist functionality of the lines of Braun’s LE1 speaker inspire similar thinking in the imac, while Braun’s Infrared Emitter hero’s a punctured metal detail also favoured on Apple’s isight camera.
For the design savvy, this attention to detail and form is mesmerizing and speaks to the heart.
“Braun has given me a big book featuring every single product they've ever designed. They’re such amazing looking objects. Even now they’re still astounding to look at. At home I’ve got one of those Braun calculators, with the brown buttons. I bought it in a flea market in New York 20 years ago. I love it. The colours, the simplicity, the balance and the space are wonderful.”

Martin’s Braun icon
“Snow White’s coffin – the SK4 record player.”
Martin’s Daily Braun
“I have an alarm clock. It's the little square one. It’s so small and so simple. I also have an MPZ 4 juicer, and an MR300 blender.” 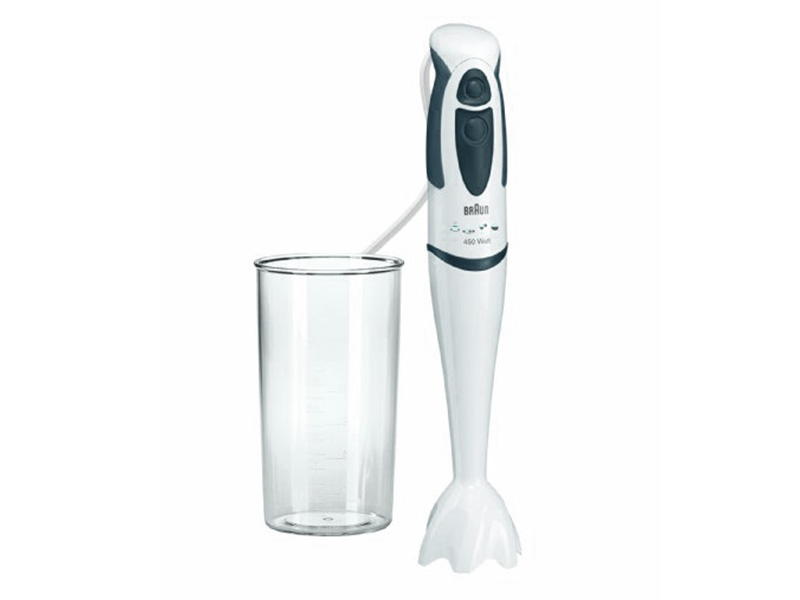 Stats: Vivian Wai Kwan Cheng is founder of design consultancy Vivian Design. After training in industrial design at Hong Kong Polytechnic University, she began her career as a watch designer, later focusing on fashion accessories.
“When I was in design school, the Bauhaus style was part of our curriculum. We loved it. As an Asian woman, I saw the rise of Japanese product design in the 1980s, which was very different from European design. Everything was fancier, with more functions that were often unnecessary. Products were complicated with lots of colour. I didn’t understand why it needed to be like that. “
“I first discovered Braun’s design when I was a student over 30 years ago. That was when they were making the shaver with the stainless steel case and rubber dots. It was fantastic; such a big revolution in design. Before that, a shaver was just a tool to shave one’s face with but suddenly it became a cool, fashionable product – not only functional.”
Wai Kwan Cheng’s early passion for Bauhaus and the appeal of Braun’s design aesthetic is no coincidence. Erwin Braun held such a strong commitment to the ideal of beautifully designed products that he sought designers from the Hochschule fuer Gestaltung a design academy in Ulm, which set out to carry on the work of the Bauhaus movement.
“I think now we are returning to a new Bauhaus style. People are trying to minimise everything in design. People have realised they don’t need that much detail. We are now comfortable with our level of technology so we don’t need lots of little buttons to say ‘I’m high-tech!’ Now people want a functional product that looks cool. Braun bring that style and flavor, which is simple, elegant, clean and direct.”

Wai Kwan Cheng’s Braun icon
“One of the older Arthur Braun SK radios from around 1955. It was an iconic product for the 50s. Whenever I saw similar proportion and design in the market, I can always refer it to this radio.”
Wai Kwan Cheng’s Daily Braun
“I have a toothbrush and a hair-dryer. Although my hair is very short, I blow-dry it every morning. I also have a shaver which I got for my family.” 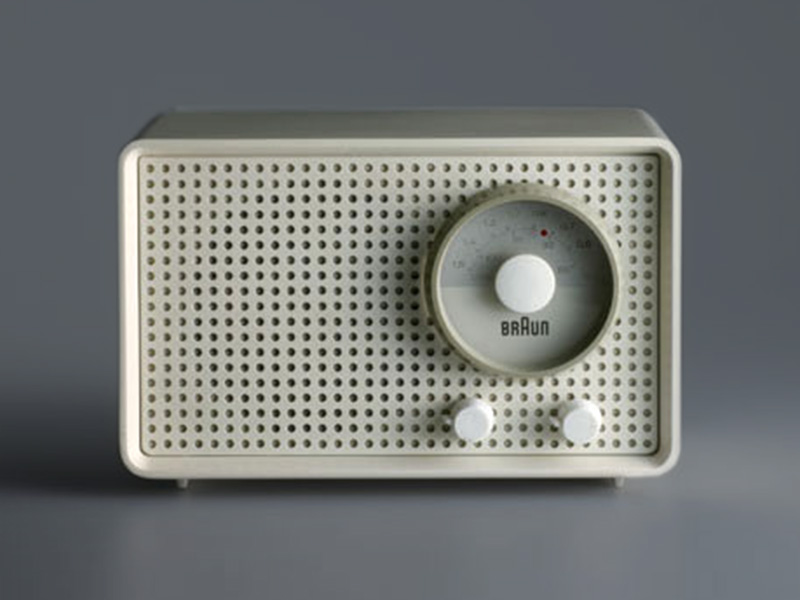 To fall in love with truly iconic design is to understand the value of perfectly understated functionality. As 20th century American architect Louis Kahn put it “Design is not making beauty, beauty emerges from selection, affinities, integration, love.”